A brief description on the film Loving and its subjects, including connections to Virginia.

Virginia Hasn't Always Been for Lovers

This landmark volume chronicles the history of laws banning interracial marriage in the United States with particular emphasis on the case of Richard and Mildred Loving, a white man and a black woman who were convicted by the state of Virginia for the crime of marrying across racial lines in the late 1950s. 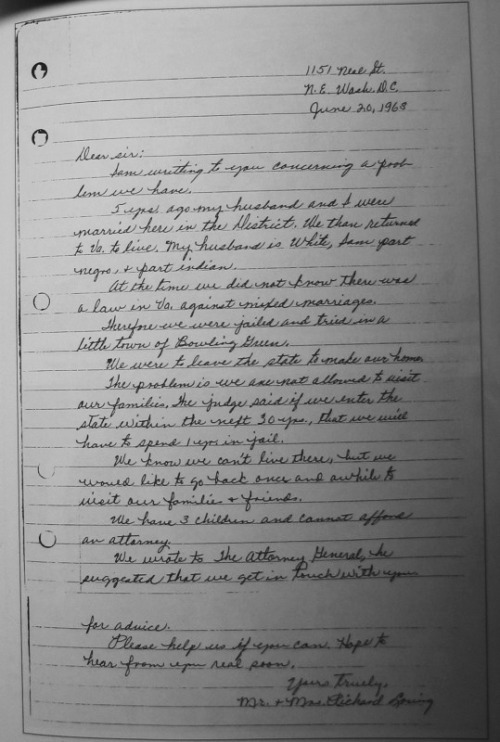 I am writing to you concerning a problem we have.

5 years ago my husband and I were married here in the District. We then returned to VA to live. My husband is white, I am part negro+part Indian. At the time we did not know there was a law in VA against mixed marriages. Therefore we were jailed and tried in a little town of Bowling Green...

In this fascinating cultural history of interracial marriage and its legal regulation in the United States, Fay Botham argues that religion--specifically, Protestant and Catholic beliefs about marriage and race--had a significant effect on legal decisions concerning miscegenation and marriage in the century following the Civil War. 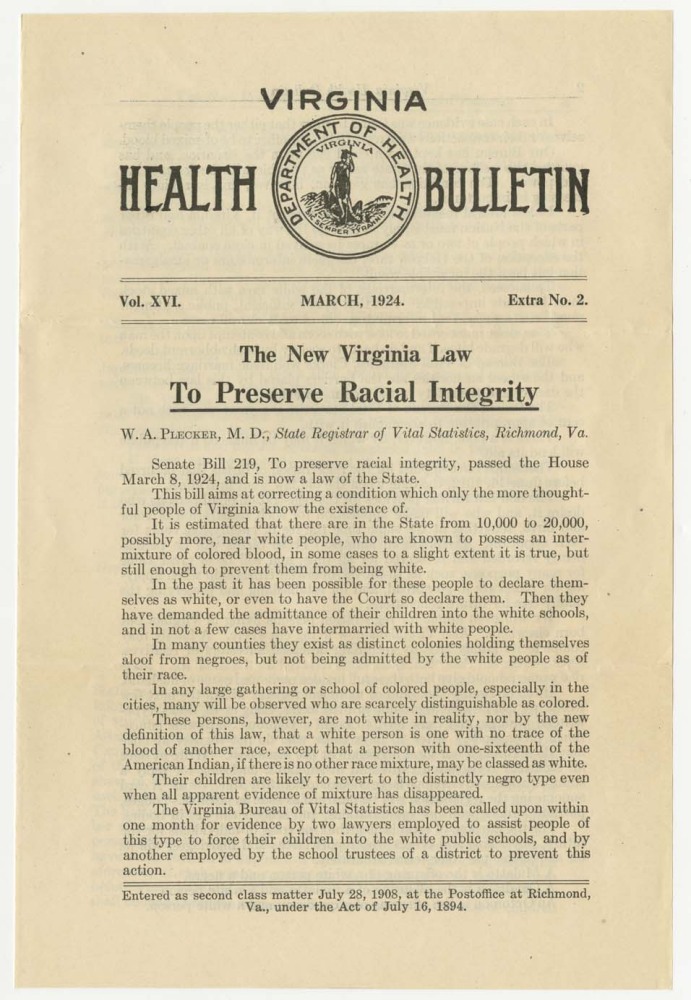 White and Everything Else : Promotion [of] the 1924 Virginia Racial Integrity Act

Gilliam focuses on the early-twentieth century movement toward eugenics, improving the human race through selective breeding, most especially the sterilization of persons with so-called genetic defects and an effort to eliminate miscegenation. It was the effort to stop racial amalgamation by Dr. Walter Ashby Plecker, director of the Virginia Bureau of Vital Statistics, that led to the 1924 Virginia Racial Integrity Act.